Yesterday, 28th July, Etsy sellers from around the world received an email notifying them about the new ‘Star Seller Programme’.  According to Etsy, the programme aims to reward the best in customer experience by rewarding sellers that consistently provide an outstanding service in three areas: responding to messages quickly, meeting dispatch times, and receiving five star ratings.

From September, sellers who receive at least a 95% rating in each of the above three areas will receive a ‘star seller’ badge on their shop.  And, while it might sound good in theory, many sellers are understandably concerned.  The Star Seller Programme to me sounds very much like the ‘Top Rated Seller’ programme on eBay, and we all know how open to abuse that is.

Let’s take a look at the three main areas the Star Seller Programme will target in more detail:

When I first received the notification about the Star Seller Programme, I was interested in seeing what my current scores are.  Responding to messages quickly was the only one I didn’t have a 100% score on, and considering I very rarely receive messages I was confused.  Consider me even more confused then when I discovered the four messages I had been marked down on for not responding to were three Etsy advertisements and one spam message from a seller asking me for feedback on an item I was yet to receive.  I’m hoping this is a bug as, if not, it’s insane.

I do understand Etsy’s point on this.  According to them, buyers want a quick response and so sellers that respond to messages within 24 hours will be marked highly.  They advise installing the Etsy app on your phone or tablet so you can do this easily, and also setting up some templates so that this doesn’t take too much time.

However, I have a couple of issues with this.  First of all is what I mentioned above – not every message a seller receives deserves a reply.  Sellers receive a surprising amount of spam and everyone knows it’s a terrible idea to reply to this.  I also don’t think sellers necessarily need to reply to anything that isn’t a question.  However, under the new rules, everything needs to be responded to or you risk losing your Star Seller ranking.

My second issue is that nobody needs to be sat at their phone 24/7.  If they changed it to ‘sellers must respond within one working day’ this would make sense, but to expect sellers to work over the weekend isn’t good.  It’s bad for mental health and sets a poor precedent.  Etsy would actually gain my respect if they immediately notified buyers that emailed over the weekend that sellers deserve a break and will hopefully reply on Monday.

After looking into this further, I discovered that you can set up an auto reply that counts towards the ’24 hour response’ that Etsy are after.  This is useful as all sellers could set an auto reply up to let buyers know when to expect a reply.  HOWEVER, auto replies can only be set up for 5 days at a time, which is a bit of a hassle if you need to keep reinstating this just to meet Etsy’s requirements.

At face value, meeting dispatch times seems like a very fair metric.  Every seller gets to choose their own dispatch times and this can be anything from next day to a few weeks.  However, the way that Etsy are determining this ranking doesn’t make much sense.

First of all, in order to receive a positive ranking on this, you either need to purchase your postage through Etsy or provide a tracked service.  Now, I personally do both of these things as standard purely because it’s easier and I like seeing where my parcels are.  However, I know a lot of UK sellers who prefer to take their parcels to the post office.  Unless you are selling items worth £20 or more, it often doesn’t make sense to pay the extra for a tracked service either – in fact, doing so can either eliminate your slim margins or price you out of the market.

While I don’t really think purchasing Etsy postage is any real hardship for most sellers, it is taking money away from local post offices and I understand the concern that some sellers have.  It almost feels like some are being forced into a corner when there’s nothing wrong with the way they are operating now.

Finally we have the five star ratings.  In order to be awarded a Star Seller badge, sellers need to receive at least 95% five star ratings.  So, in my opinion, they’re basically saying that a three or four star rating is bad and will negatively harm your shop.  This isn’t that surprising as it’s exactly the same way that eBay works, but it’s not good is it?  A four star rating is absolutely positive and should, in my opinion, be counted towards the badge in the same way that a five star is.

Etsy give tips in their Seller Handbook on how to ensure you receive a five star rating every single time, but it’s so subjective that you just can’t always win.  One of their suggestions, for example, is to add special touches or added extras to your parcels.  But I’ve seen people on the Etsy Facebook groups who hate these added extras as they assume that it’s worked into the price of the item they bought.  They also advise sending customers an email asking for feedback – as a buyer I despise this and I’m not the only one.  It’s not always a great idea.

What’s the solution here?  I guess it’s letting four star reviews also count towards the badge, or letting buyers know when they leave feedback that anything lower than five stars is viewed as negative.  But I doubt they will do either of these things.

The five star rating is also really open to abuse.  For sellers like me who sell very little, one non-five star review would be enough to knock my shop out of the Star Seller programme.  Who’s to say that a competitor wouldn’t do this (not saying to me, but in general) just to give themselves an advantage in Etsy search?  Gah it’s just so annoying and I can’t see this going well for small shops.

The Etsy Star Seller Programme is due to launch on September 1st so there’s just over a month for shops to get their ratings up to Etsy’s expected levels to receive the badge.  According to the Etsy help pages, Etsy won’t be penalising shops that don’t have the badge “YET”, but in the future I think it’s pretty clear to see that Star Seller shops will be awarded with higher search positions than those without.  While it might get rid of a few bad apples, I truly believe it will harm a lot of good shops in the process – many of these being small businesses.  Shop owners will also be forced to bend over backwards to keep difficult customers happy, and it’s stressful enough as it is as times.

While I do understand the theory behind the Star Seller Programme, I think Etsy have a lot of kinks that need to be ironed out before they launch it.  Sellers can leave feedback by logging into their dashboard, viewing the program and scrolling down to the survey at the bottom so it’s worth doing this if, like many, you’re concerned.

What are your thoughts?  I’d love to hear them in the comments. 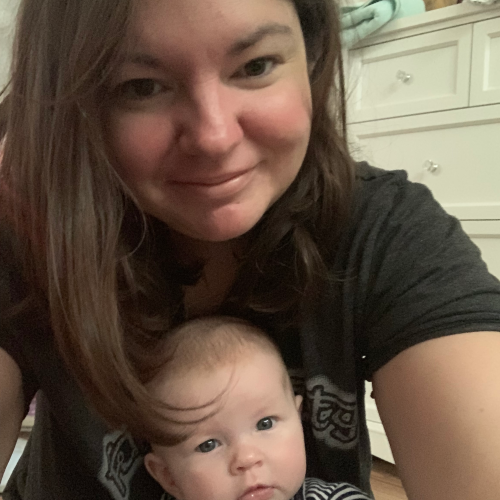 This site uses Akismet to reduce spam. Learn how your comment data is processed.

I started sewing when my oldest daughter was six months old and the rest is history. This blog covers my makes, my hacks, and general thoughts.

This website uses cookies to improve your experience while you navigate through the website. Out of these, the cookies that are categorized as necessary are stored on your browser as they are essential for the working of basic functionalities of the website. We also use third-party cookies that help us analyze and understand how you use this website. These cookies will be stored in your browser only with your consent. You also have the option to opt-out of these cookies. But opting out of some of these cookies may affect your browsing experience.
Necessary Always Enabled
Necessary cookies are absolutely essential for the website to function properly. This category only includes cookies that ensures basic functionalities and security features of the website. These cookies do not store any personal information.
Non-necessary
Any cookies that may not be particularly necessary for the website to function and is used specifically to collect user personal data via analytics, ads, other embedded contents are termed as non-necessary cookies. It is mandatory to procure user consent prior to running these cookies on your website.
SAVE & ACCEPT